A summary of algorithms 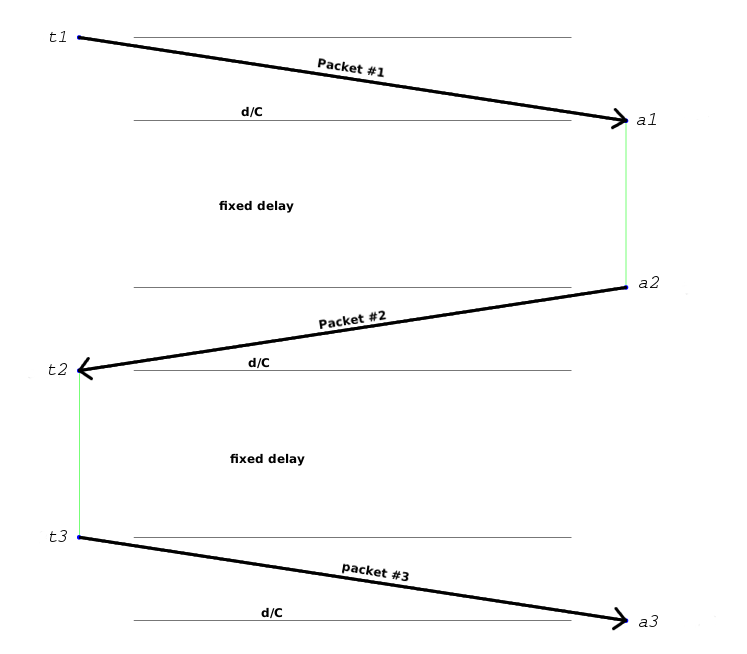 Two-Way Ranging (TWR) is a process where radio transmissions are timed between two devices and combined mathematically to determine the distance, or range, between the devices. TWR involves three transmissions between devices and solves the issue of oscillator synchronization. Given a system with synchronized oscillators it would be possible to compare the transmit and receive times for a single transmission and determine the distance as the difference in time multiplied by the speed of light. In most systems it is not possible, or economical, to synchronize oscillators.

The diagram to the right shows typical TWR timing between two devices. The first transmission happens at time ‘t1’. There is a delay due to signal propagation through the air between the devices. The signal is then received at time ‘a1’ at the second device. There is a short fixed delay before the second device transmits back to the initial devices and the process repeats.

The six timestamps from the image above are combined using the following formula that corrects for oscillator synchronization and provides a measurement of the distance between the devices. 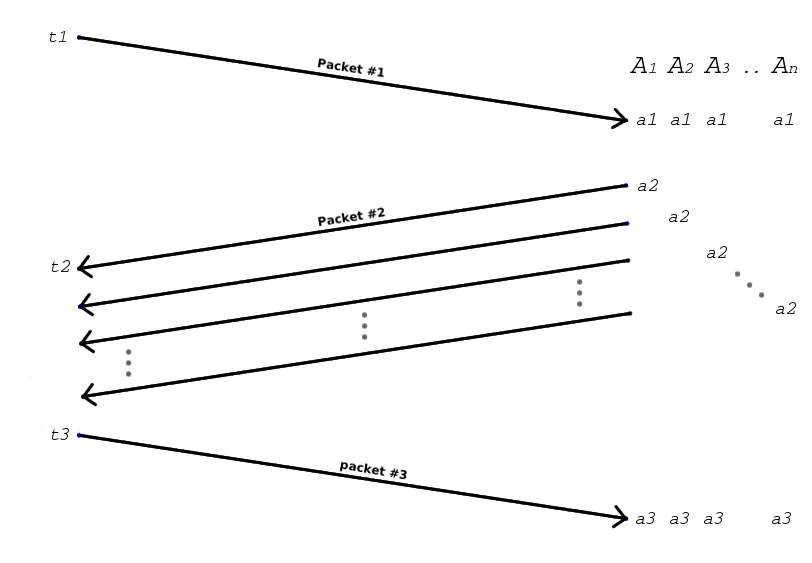 In the Ciholas system TWR values are determined using a proprietary algorithm known as Asynchronous Two-Way Ranging (ATWR). The fixed delay between transmissions required for standard TWR creates difficulty when scheduling UWB transmissions between multiple devices. The fixed delay requirement has a side effect of allowing only two devices to determine range for a given set of three transmissions. By removing the need for a fixed delay the Ciholas ATWR system allows for multiple devices to respond to the initiator.

The image to the right shows multiple devices responding to a single transmission from an initiator. The timestamps for all devices can be collected allowing the initiator to range between itself and the set of N devices receiving and responding.

ATWR allows the Ciholas system to limit the number of transmissions for a single device ranging to multiple peers saving power and reducing airtime.