The Bernoulli release of the Ciholas Ultra-Wideband (CUWB) system is designed for scalability and configurability. The system implements a full Real-Time Location System (RTLS) and maintains many features of the previous releases. 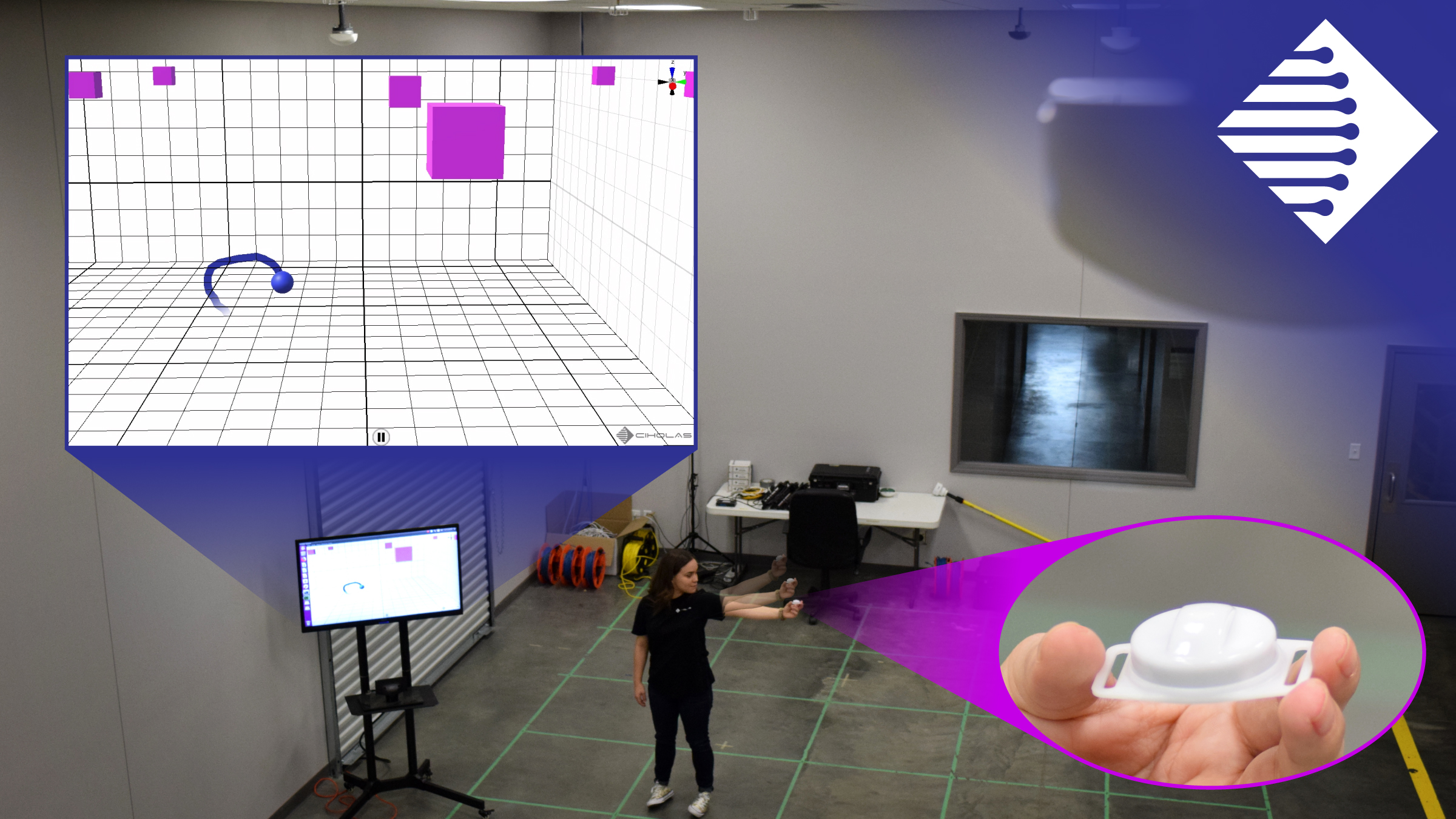 With added support for FCC approved products, and scalable design, the Bernoulli CUWB system is appropriate for use in commercial environments.

Ciholas is proud to introduce a new line of products that are FCC approved in the United States and have CE marking in the European Union. Customers may now purchase and use the CUWB Network system for applications outside of research and development applications.

The Bernoulli release of the CUWB system was designed specifically for scalability. The system can now synchronize time across the network without the need for a master device. In previous revisions the master device served as the network time synchronizer, which limited the size of installations to the UWB range of the master. The new CUWB systems allows multiple anchors to participate in time synchronization allowing networks to be built out over extremely large areas.

The system now has multiple tools that enable customers to easily manage their installations. The web-based CUWB Manager provides accessible configuration from anywhere on the user’s network. Configuring and managing CUWB Networks is now much easier with a streamlined user interface and more manageable default configurations.

Software integration is essential to RTLS systems used in the real world. Users can now easily integrate software platforms to manage CUWB Networks in ways that make sense for their application. Through the API, users can now dynamically add and remove tags from the network, change anchor locations on the fly, and much more.

Keeping the CUWB system up-to-date is now easily done through the Debian package manager. The package manager will pull in updates for the system as well as firmware updates for devices. When an update is available, the CUWB network can be configured to automatically update devices to the latest firmware either over-the-air or on-the-wire.

Updating firmware on devices is now much easier. Firmware update is now built into the CUWB Manager and devices can be bootloaded whether they are wired or wireless.

The Viewer is a 3D visualization of the Ciholas Ultra-Wideband (CUWB) Real Time Location System (RTLS). It provides a user interface displaying the locations of CUWB network devices, such as Anchors and Tags in real time. The Viewer also presents basic system information, such as device status, statistics, sensor plotting, and more.

The new CUWB Viewer was built with visualization in mind. The Viewer can import standard 3D model formats and has a library of primitive components that can be imported for environment modeling. These features enable users to create 3D environments that are representative of their application. 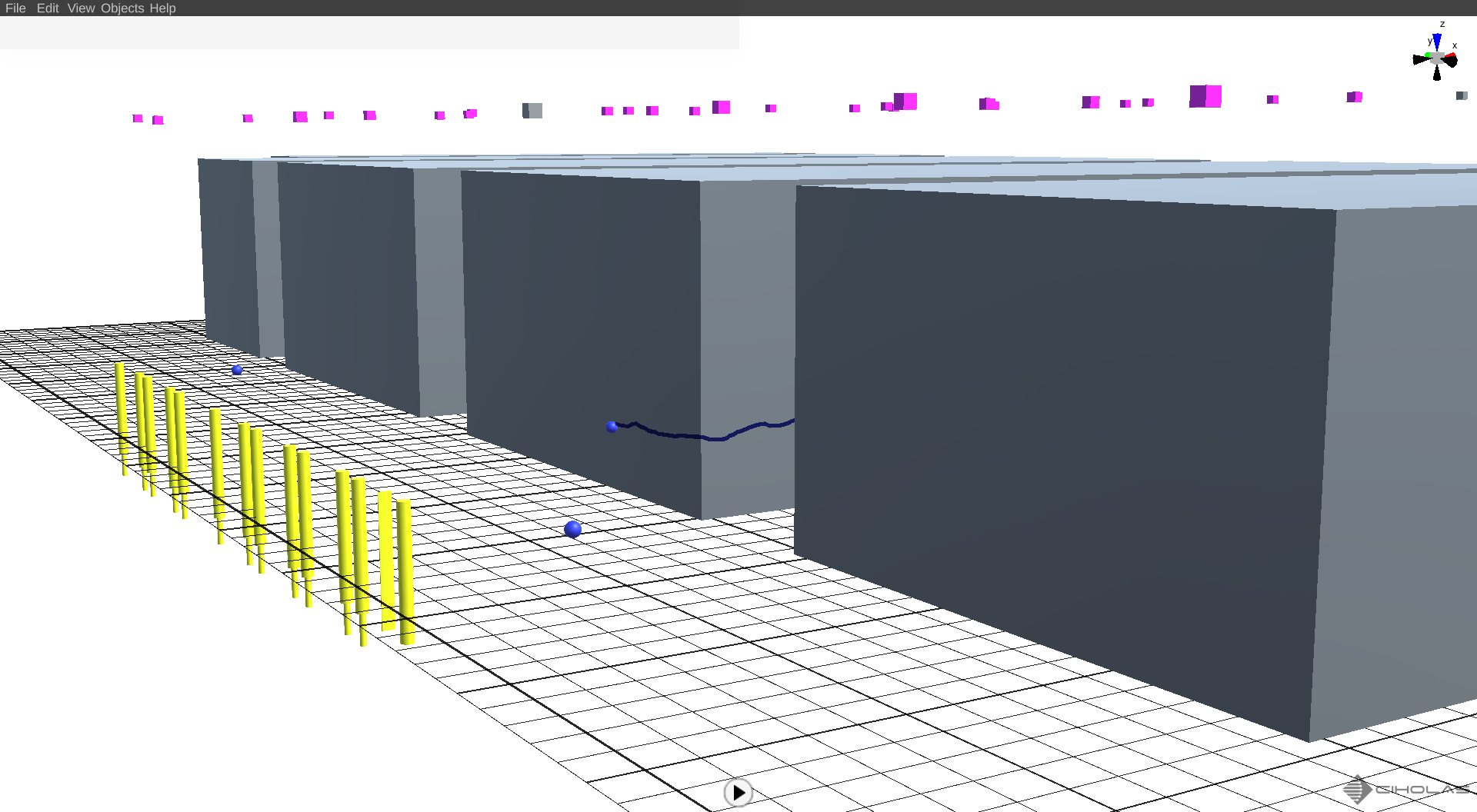 The CUWB Viewer allows users to view not only tag locations in real-time, but also anchor status and health. Status is displayed by the Viewer through the color coding of anchors. Placing the Viewer in UWB Heatmap mode allows users to see at a glance which anchors are contributing to the location solution for a tag.

The CUWB system now includes a CDP logger for logging system data. The logger can capture CUWB Network internal data and externally published data, such as position reports. Captured log data can be played back for review and analysis.

Tag beacon rates and schedules are now very flexible in the CUWB Network. In previous releases all tags operated at one beacon rate selected for the whole network. Tags may now be assigned different roles allowing them to operate at different beacon rates. It is also no longer necessary to stop and restart a CUWB Network in order to make changes. Tags can be configured on the fly allowing the user to add, remove, and configure tags without interfering with ongoing network operations.

CUWB Network devices default to low-power modes while attempting to discover UWB networks in the area. By default, sensors and system components that draw power are placed into a low-power state unless explicitly configured for use.

TWR has always been an essential feature in the CUWB system. Users can range between devices to measure distances between devices, verify survey accuracy, or for testing how the UWB RF signal responds to the environment.

The increased scalability of the Bernoulli system necessarily makes data backhaul over UWB difficult. Anchors need air-time to send data back to a central resource without collisions. As system size increases, it becomes impossible to schedule anchor transmission and maintain enough air-time to achieve beacon rates that are meaningful. For this reason the Bernoulli system no longer supports UWB wireless backhaul.

Check back to the CUWB.io site for future releases. The CUWB system roadmap envisions this feature returning in a limited, but still useful, implementation.

Previous releases of the CUWB system were targeted for development and experimentation, allowing users a wide range of abilities to experiment with the UWB radio. In order to meet regulatory requirements, the CUWB system no longer supports configurable RF parameters and necessarily locks the radio to approved limits.