Anchor location and survey is critical to proper operation of the CUWB RTLS system. Users should take care to select locations for Anchors that provide good coverage to the area of interest as well good Line of Site (LoS) from Anchor-to-Anchor. Additionally, care should be taken during survey as errors in surveyed Anchor locations will translate to error in output location.

This document provides guidance to users regarding Anchor positioning and subsequent surveying of Anchors in the environment.

Prior to permanent installation it is recommended that users unfamiliar with the CUWB System first visit the Quick Start Guide for instructions on setting up a small manageable network. Setting up a small network allows users to familiarize with the system and avoid common issues during large network setup. 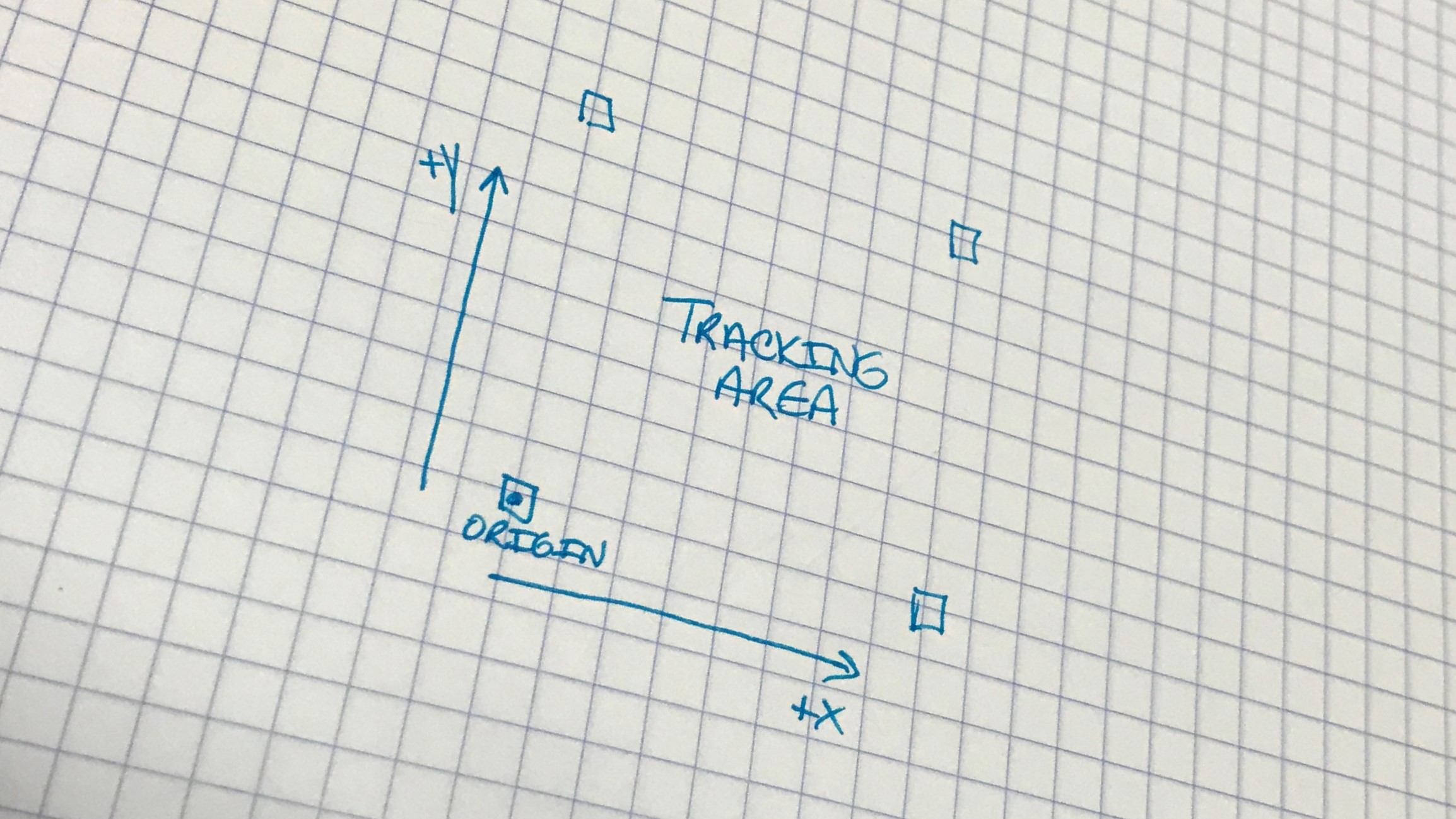 A good plan will go a long way in mitigating common issues with CUWB System setup. Planning will also help to achieve the best performance from the system. The following basic steps can be followed to create a good plan for the network layout:

The steps above describe evaluation of anchor placement in fairly simple terms. There are a lot of factors involved in ensuring that two UWB devices can communicate well with one another. The following sections provide guidance on evaluating the Anchor placement plan for best performance.

The above considerations should be made for RF performance from Anchor-to-Anchor as well as from Tag-to-Anchor.

DWETH111 and DWETH101 Anchors should be mounted and powered per specifications in their respective datasheets. When planning Anchor locations, thought should be given to cable routing and device mounting. The physical environment will often necessitate moving an Anchor from the desired location. Deviation from the planned installation can result in LoS occlusions even for small moves. Planning for Anchor cables and mounting can help avoid the need to move Anchor locations during installation.

Anchor positions set the base performance of the system. More Anchor coverage in an area will result in more precise location output. The following tips can help with planning for RTLS performance:

Accurate survey of installed Anchor positions ultimately determines the quality of the CUWB System location data. If the system is not provided with good XYZ coordinate data as input from the Anchors it will not produce good XYZ output. Anchors may also have trouble locking on to GNT given a bad survey.

Survey can be done quickly and easily provided the proper tools. If one is available, it is highly recommended that users use a Total Station Theodolite for survey. However, it is possible to create an accurate survey using measurement tools such as a laser plumb bob and laser range finder.

Note: All measurements should be done in meters, or converted to meters prior to entry in the CUWB Manager.

Following the pointers below will help to ensure an accurate survey:

Follow these steps to survey a system with a laser plumb bob and range finder: